The Fortunate Isle of Avalon, a mythological location made famous by Arthurian legend, is known for its apples, its fairy caretakers, and the fact that it's the resting place of King Arthur himself. He was taken there to recover after being mortally wounded in his battle with his son Mordred, and will return to England to rule at some point in the future. I hope he likes constitutional monarchy. Actually, I guess he kind of paved for the way for it with his Round Table, didn't he? The man was truly ahead of his time, which isn't at all surprising, considering all the anachronisms that have worked their way into Arthurian lore. If Arthur existed at all, it was probably in the sixth century or so, but all the stuff about knights and chivalry is more appropriate for some time after the Norman Conquest.

Aside from Arthur himself, the figure most closely associated with Avalon is that of Morgan le Fay, identified by Geoffrey of Monmouth as the leader of the nine sisters who live there. While her name suggests that she was originally considered to be a fairy, later Arthurian mythology made her the daughter of Gorlois and Igraine, and hence Arthur's half-sister. I haven't done a whole lot of research on Morgan, but she fits into my general fondness for mythological women who don't take crap from the patriarchy, especially when they have magic to back themselves up. I wonder if she or Medea would win in a magical duel. Actually, a contest between witches wouldn't be a bad idea for a poll, although I'm not sure whether it should be a popularity contest or a battle of skill. Considering how most polls go, though, I'm sure different people would interpret it in different ways anyway. I also wonder whether Morgan would get along with Jenny Jump. 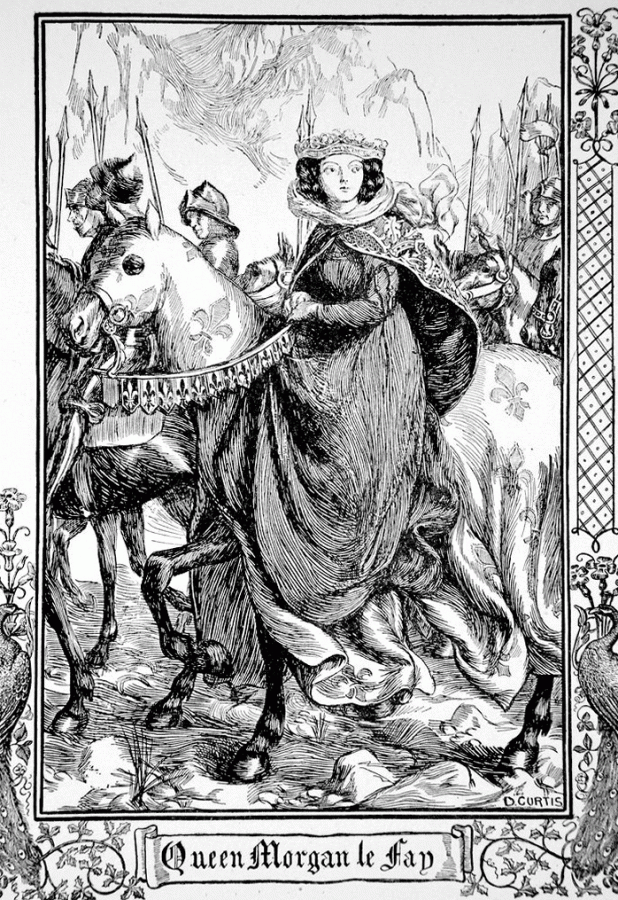 Moving on to some more modern media, Avalon was a significant part of the Disney cartoon show Gargoyles. In the show, it was the domain of the Fairy King Oberon, which fit with the cartoon's tendency to mix mythologies. Actually, though, the thirteenth century French epic of Huon of Bordeaux makes Oberon the son of Morgan and Julius Caesar, so the association certainly isn't totally out of left field.

And finally, if you'll cast your minds back to the late twelfth century, Avalon was then associated with Glastonbury, which is also an island (well, sort of; it was once surrounded by swamps) known for its apples. Monks at the abbey there claimed to have found Arthur's grave, and not only did this provide a significant boost in tourism, but also a way for the current monarchs to debunk the return of Arthur. "Look, it's his GRAVE. He's not coming back, because he's DEAD. So just settle down and be satisfied with the Plantagenets, capiche?" Well, actually, these were kings of French ancestry, so they were more likely to have said, "Comprendez?" But I think you get the idea.
Collapse