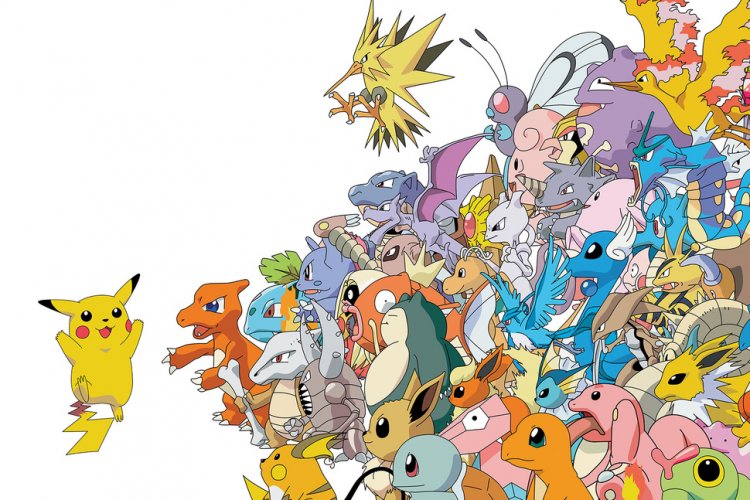 Pokémon was at the height of its popularity in the States around the time I was in college, and I never really got into it. I liked the basic idea, but I found the Pokémon constantly repeating their own names to be rather irritating. I had a lot of online friends and acquaintances who were into it, though, so I had a basic working knowledge of the phenomenon. And I worked at a toy store for part of that time, so I saw a LOT of Pokémon toys of widely varying quality, as well as the inevitable rip-offs like Digimon. I eventually got around to playing one of the games (specifically Pokémon Yellow, the first one that lets you start out with Pikachu), and thought it was enjoyable. Besides, at least I knew enough not to pronounce it "pokey man." I mean, seriously, where were those people coming up with that short A sound?

The main idea behind Pokémon was that trainers wandered the world (which was presumably a different world than ours, yet Pokémon Yellow had references to places like Russia and South America, even though you didn't go to any of them) looking for creatures that they'd capture, train, and get to battle each other. When not in use, the trainers would store them in Pokéballs, and I always had to wonder what happened when the Pokémon went inside of them. Did they have miniature rooms in there? Were they transported to an alternate dimension? Did they lose consciousness? Or were they just trapped in there and totally bored? Pikachu refused to go into a Pokéball, and I have to wonder if that meant he was one of very few with any sense. The main games (I specify "main" because there were about a trillion different spin-offs) were in basic RPG format, except you directed the Pokémon to right rather than doing it yourself. The Dragon Quest Monsters series appropriates the basic format of Pokémon, but I believe the Dragon Quest series let your party obtain monster allies before Pokémon was conceived, so I think the borrowing might well have gone both ways.
Collapse