Ah, April Fool's Day. I thought it was amusing as a kid, but now I find it pretty irritating. Who knew that disagreements in sixteenth century France over when the new year occurred would result in people thinking it hilarious to put salt in the sugar bowl 400 years later? The first of April is also the Assyrian New Year, or Kha b-Nisan. Today's entry isn't on either of these occasions, however, but rather on Chain Chomps. If you think that's foolish, well, it's no more so than many of my other posts.

Chain Chomps first appeared in Super Mario Bros. 3, and are said to have been inspired by Mario creator Shigeru Miyamoto's childhood experience with a chained dog snapping at him. Despite essentially being just live balls attached to chains, the Chomps are quite dog-like. In Link's Awakening (yes, there are Chain Chomps in the Zelda series as well), Link has to rescue a pet Chain Chomp named Bow-Wow, and can temporarily lead him along to help fight monsters. In Super Mario RPG, Bowser finds a female Chain Chomp that he can use as a weapon, but he treats it like a pet. The Japanese name for the creature is actually "Wanwan," the rough equivalent of "woof woof." 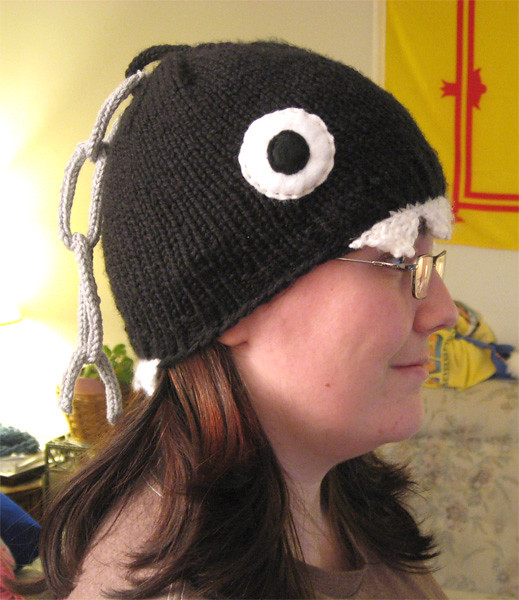 By the way, did you know that Chain Chomps in SMB3 could break loose when the timer reached a certain time (160, according to the Mario Wiki). I think I might have watched that on purpose at one point, but it would have to be pretty scary if you came across it by accident without knowing about it beforehand. Sort of the opposite of that treasure ship, I suppose.

SMB3 also has Fire Chomps, which (not surprisingly) have fiery tails instead of chains. They can spit the fireballs from their tails, but they explode after running out. This could be why they appear in so few other games. And in addition to this self-destructive tendency, they can also be taken out by stomping, unlike the well-nigh-invincible Chain Chomps.
Collapse