Well, I might as well finish up my song-by-song reviews of XTC albums, since I only have one more to go anyway. And that one is, of course, Apple Venus Volume 2, better known as Wasp Star. While the first Apple Venus was full of light, pastoral music, its counterpart was planned as a rock album. It's not exactly a return to the sound of White Music or Black Sea, though, but more of a soft-rock kind of thing. I hesitate to use that term, because radio stations tend to use "soft rock" as a synonym for "what you hear in the waiting room at the dentist's office," and this album definitely has more energy to it than that. I'm just trying to say that it's electric rock, but not super-noisy or anything.

And that's it for XTC albums. I might decide to do these reviews for another band at some point, but as of right now, I'm rather bored of it.

This is an appropriate time of year to discuss myths of the death and rebirth of deities. This idea is common to belief systems throughout the world, but I can think of only one that involves a detached penis being eaten by a fish. I refer, of course, to the story of Osiris. 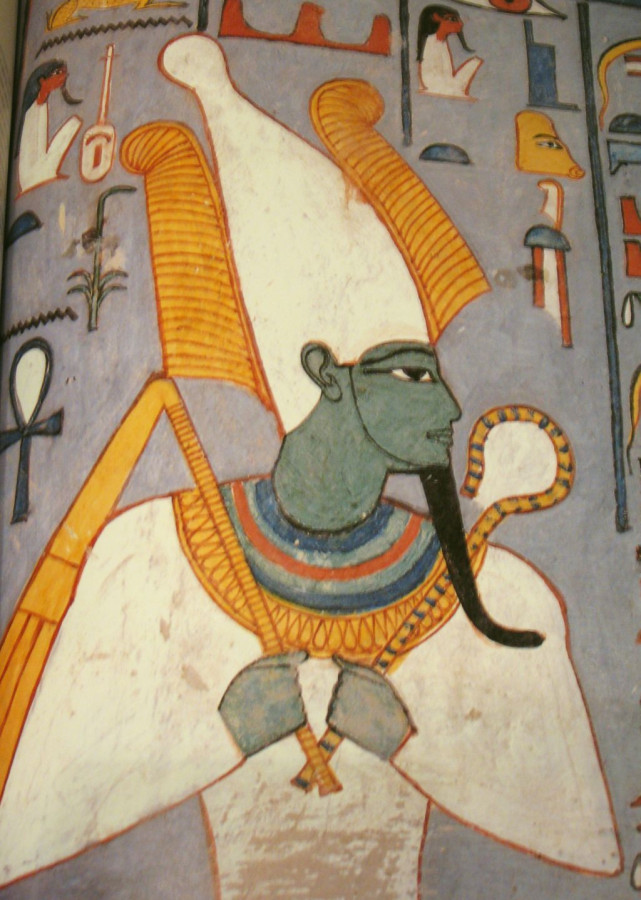 Osiris was one of the most important Egyptian gods, and was regarded as the first Pharaoh of the land. His brother Set was jealous of his position, and killed Osiris by sealing him in a box, which he threw in the Nile. Set is a rather interesting character himself, as he seems to be one of the earliest gods who wasn't just a trickster or a jerk, but rather purely evil. This wasn't always the case, however. He was originally the god of the desert and of chaos, but was eventually vilified, and came to be essentially the Satan of the Egyptian pantheon. Anyway, getting back to Osiris, his wife Isis retrieved him from the box, and sought the help of Thoth in bringing him back to life. Before the ritual could be completed, Set stole his brother's body and cut it into pieces, which he scattered throughout the country. Isis managed to find all of them except for his penis, as it had become literal fish food, and had him revived. Still, he was not allowed to stay in the world of the living, and became the ruler of the underworld instead. Pharaohs, and eventually common Egyptians as well, were said to be able to become Osiris at death, essentially being able to gain new life and avoid harsh judgment in the next world by accepting him as their savior, in much the same way as people today seek salvation by means of another resurrected god. There's truly nothing new under the great solar disc of Amon-Ra, is there?
Collapse