bethje and I really did anything for our dating anniversary last year (hey, it was only four months since we'd gotten married), but this year we exchanged gifts. Beth gave me three CDs (Talking Heads' Stop Making Sense, Frank Black's All My Ghosts EP, and Robyn Hitchcock's Luminous Groove box set) and a copy of Robert Rankin's The Hollow Chocolate Bunnies of the Apocalypse. How did she know I wanted those things? Oh, right, my Amazon wishlist. {g}

At night, we saw Brüno, which we both enjoyed. I didn't like it as much as Borat, maybe partially because it was much the same, only with gay jokes added in. Still definitely worth seeing if you enjoyed Borat, though. I did have to wonder how much some of the people who conversed with Brüno were playing along. I can believe that those gay converters were totally clueless, but the part where he was interviewing the parents of infant models was a little harder to believe. But then, I guess that was the point.

And since it's now technically the eleventh, happy birthday to

therealtavie and her twin sister Kirsten,

eagledna, and (even though she said last year that she doesn't celebrate her birthday) 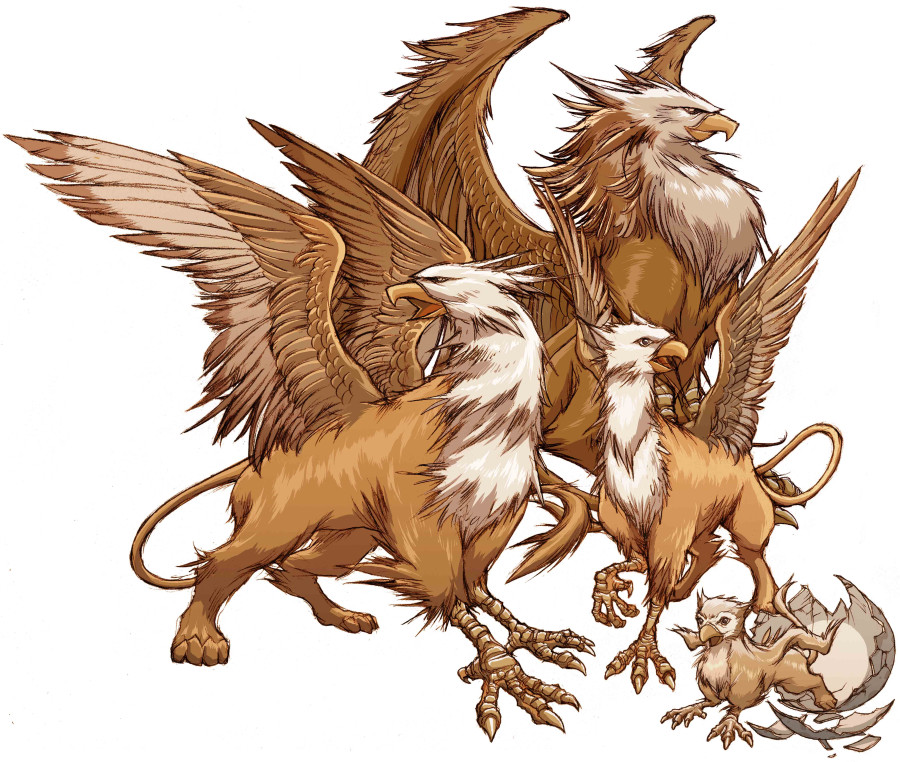 The griffin, that majestic beast that is part lion and part eagle, is one you might recognize from architectural representations, or from heraldry. Or, if you're like me, you first came across the animal in Alice's Adventures in Wonderland, under the alternate spelling of "Gryphon."

While there are some variations, the best-known image of the animal has the features of an eagle (including wings) in the front, with the hindquarters of a lion. Greek mythology said that they guarded treasure in India and Scythia, and griffin figures were commonly placed in positions in which they appear to be guarding something. Griffin myths are thought to have originated with the Persians, and later spread to other parts of the world. This page refers to them as having been known in Egypt prior to 3300 BC. There are also some definite similarities in the Jewish Cherubim, which are sometimes depicted with features of both lions and eagles. Winged lions were common in statuary in those parts, and the Wikipedia article suggests that the immediate predecessor of the Hebrew Cherub was the Phoenician Lammasu, a sort of human-headed winged lion. 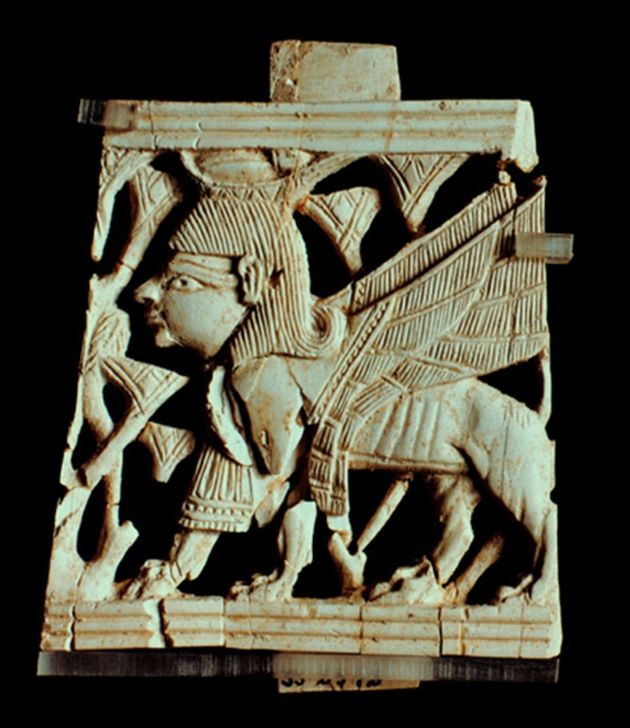 In medieval times, the griffin came to be regarded as a symbol of Jesus, as its dual nature as lion and eagle is similar to Jesus' as both God and man. A bit of a stretch, I'd say, but maybe they just wanted an excuse to keep making griffins because they looked cool. It was also the Middle Ages that produced the idea that griffins are monogamous (which is kind of weird, as I don't think either lions or eagles are), and they came to represent that as well.

One common older myth about griffins was that they hate horses, and regard them as prey. The hatred is sometimes regarded as a result of the horse-riding Arimaspians trying to steal the gold that the griffins guarded, but I have a feeling that the idea of the enmity came before this explanation. I know that weasels are regarded as the enemies of basilisks, and there might well exist similar enmity between other fantastic beasts and ordinary animals. Regardless, the idea of mating griffins with their equine enemies eventually came into play, quite possibly inspired by a line in Virgil's Ecologues. And that was the origin of the hippogriff, which combines features of the lion, the eagle, AND the horse. They're supposedly faster and easier to tame than pure griffins, and they commonly appear in fantasy bestiaries alongside their more ancient parent species. 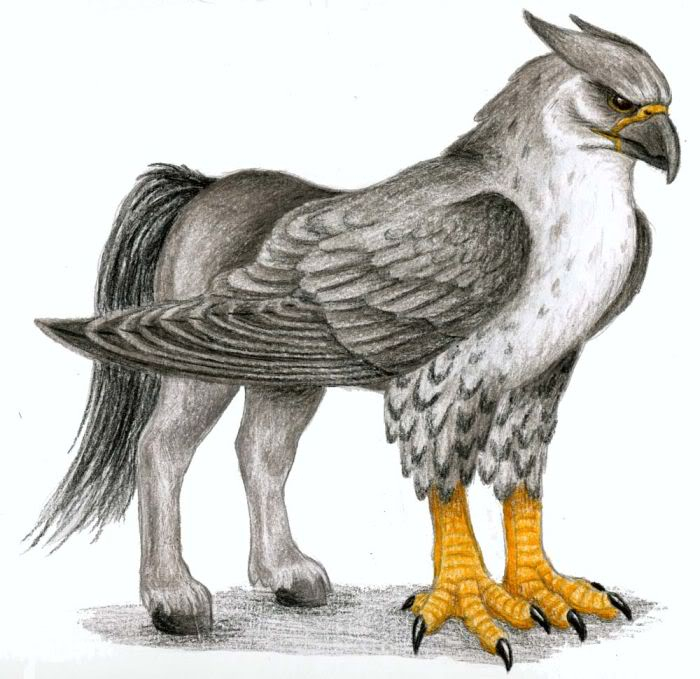