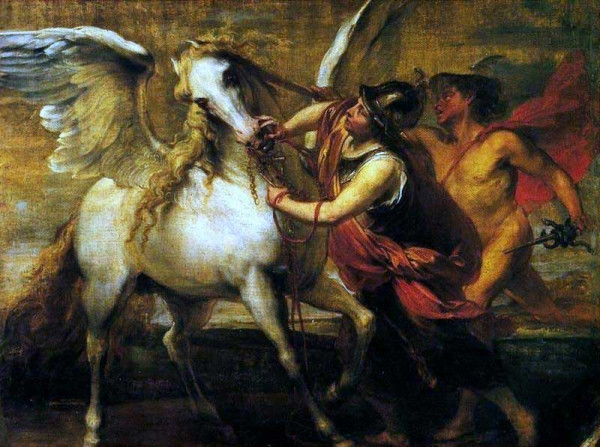 Since I covered Pigasus in one of my Oz posts this week, I might as well address his namesake Pegasus in this mythology post. The winged horse was more or less the child of Medusa, born from the Gorgon's blood when she was beheaded by Perseus. Some versions of the myth say that the blood mingled with sea foam (the original source of horses, according to Greek legend), and hence list Medusa and Poseidon as the equine's parents. He actually had a twin brother named Chrysaor who was born in the same way, but this brother wasn't a horse, but a human. Or maybe he was a flying boar (hey, I guess that would have made him a Pigasus, wouldn't it?), but that seems unlikely if you buy the account that Chrysaor was the ruler of Iberia.

Anyway, the horse was most famous for his adventure with Bellerophon of Corinth, who used a golden bridle given to him by Athena in order to ride the animal. Bellerephon rode Pegasus in order to slay the Chimera, a fire-breathing monster that was part lion, part goat, and part snake. 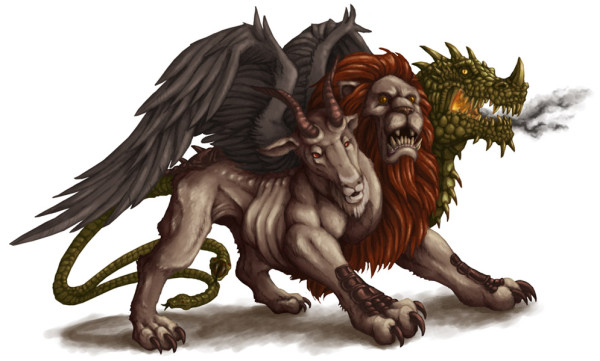 After killing the Chimera, Bellerophon attempted to ride his flying steed to Olympus, but Pegasus threw him off. Some versions of the myth say that Pegasus did not do this intentionally, but was bitten by a gadfly sent by Zeus. The horse then began serving Zeus himself, bringing him thunder and lightning until his death, at which time he was made into a constellation. The constellation Pegasus is actually connected to that of Perseus, as a nod to the source of the equine's birth, and to the fact that some takes on the story of Perseus also have him riding Pegasus himself.

While I'm pretty sure Greek mythology only had one Pegasus, the term has since become a common noun used to refer to ANY winged horse, in which context it's made its way into many fantasy stories and toy lines.