We all know that the lion is often considered the King of Beasts, but how did this reputation arise? I can't say I know. Wikipedia just says that it's a consistent image of the animal, without really explaining the origin. I assume it has something to do with the fact that it's a powerful animal that looks noble, but I'm not sure what culture originally came up with the association between lions and royalty. Perhaps it's also due to how male lions living in prides usually let the females do the hunting and then feel entitled to as much of the meat as they want, which I'm sure many would say is an accurate representation of royalty. The lion was the symbol of the tribe of Judah, from which David and the other rulers of the Kingdom of Judah were descended, and I believe some translations even refer to the lion as king of beasts in Genesis 49:9. (The King James and New Revised Standard Bibles don't use this phrasing, but the Wikipedia article on lions says that the Tanakh from the Jewish Publication Society of America does.) The Egyptians had deities with the features of lions and lionesses, and Vishnu was also said to have taken a half-leonine form. Lions are, of course, also frequently found in heraldry and in statuary, often flanking the entrances to buildings. 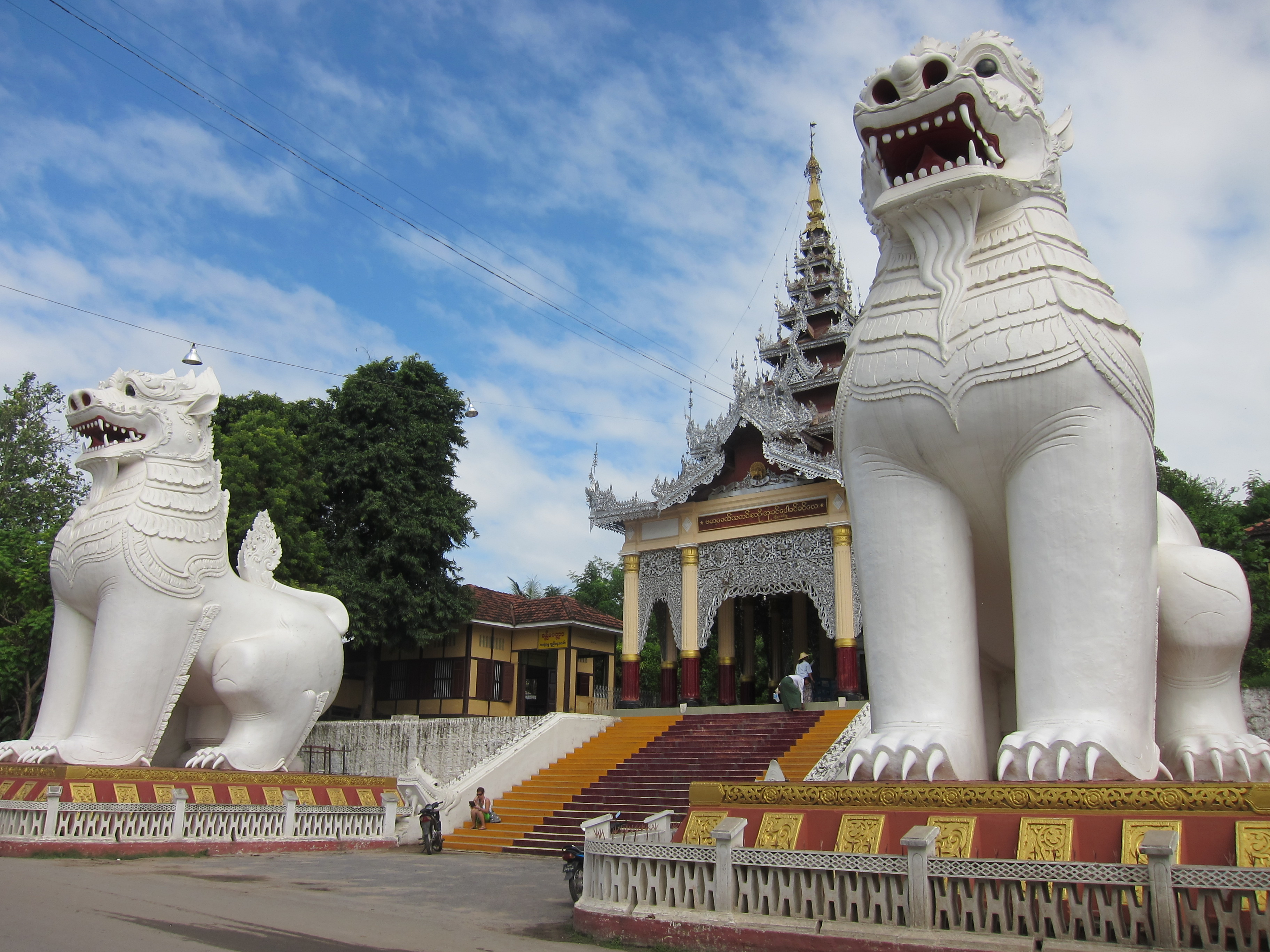 In The Annotated Wizard of Oz, Michael Patrick Hearn has this to say on the subject of the lion as King of Beasts: "Although this belief goes back to ancient times and was prevalent in the Middle Ages, it was not until the Renaissance that it become [sic] part of a highly sophisticated system." He also mentions that works from the sixteenth and seventeenth centuries refer to the eagle as the king of birds, and the whale as the king of fish. Since a whale ISN'T a fish, though, I suppose that's sort of like when a country has a foreign king.

We'll see more on ruling lions on (most likely) Monday, when we take a look at a certain cowardly one.

As I'm sure you know, there are a significant number of Americans who insist that our country was founded on "Judeo-Christian values." They never seem to be entirely clear on what these values are, however, and it seems to vary depending on what point they're trying to make. So what Judeo-Christian values were founding principles for the United States? If you jump to the Ten Commandments, that falls apart pretty quickly. As this article states, the first two or three Commandments (the numbering depends on the particular denomination) are directly contradicted by the First Amendment. If we have freedom of religion and speech, that means we can have as many or as few gods as we see fit, and that we can take their names in vain all we want without legal ramifications. And some of the other Commandments are pretty generic. I doubt you would have found too many societies in which murder and stealing were legal even back when the Bible was written, let alone at the time of the American Revolution. And as for adultery, some of the Founding Fathers were apparently quite fond of it. So, for that matter, was Newt Gingrich, one of today's most vocal proponents of the States being a Christian nation.

So what ARE the main values on which our country is based? Well, the reason for the Revolution that we learned in elementary school was that the American colonists didn't want taxation without representation. I'm not sure this idea is supported by the Bible. When Jesus said to render unto Caesar that which is Caesar's, he didn't add "as long as Caesar gives you representation in the Senate," did he? Not as far as we know. Other American ideals (which don't always work out in real life, but I suppose that's why they're ideals) include representative government, everyone being equal before the law, and anyone being able to achieve success. The Bible does have its share of social climbers (Jacob, Joseph, Daniel, and Esther all come to mind), but they seem to be the exception rather than the rule. As for equality, the Bible makes it clear that God plays favorites, and His choices often appear to be arbitrary. If you belong to a denomination that believes in predestination, all men apparently AREN'T created equal, because some are heaven-bound and others hell-bound from the very beginning. And while Judaism and Christianity are certainly more compatible with the democratic ideal than, say, the Indian and Chinese class systems, democracy and republicanism were originally pagan inventions, weren't they?
Collapse