Not only do the Hindus have an elephant god, but they have a monkey god as well. Hanuman, who plays a major part in the Ramayana, is the only god who might fling his feces at you if angered. He's considered to be an avatar of Shiva, and also has connections to the god of the wind. 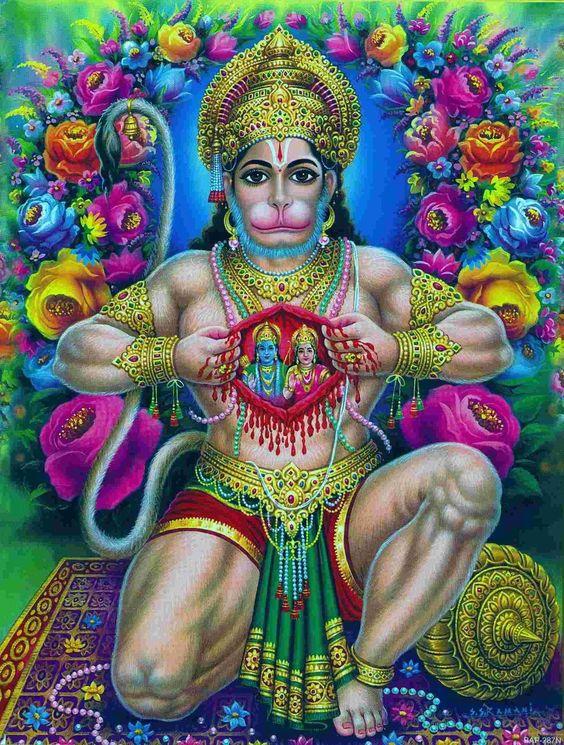 There are several different stories of the birth of Hanuman, but the most common seems to be that he was the son of Anjana, a heavenly being who was cursed with taking the form of a monkey on Earth. Shiva removed the curse when Hanuman was born. This page brings in the typical myth about a powerful leader trying to destroy a potential rival before he grew up, but unlike many of the evil rulers in such legends, the Ape King Vali didn't even wait until Hanuman was born. Instead, he directed a missile right at Anjana's womb, but it melted into earrings as soon as it touched the divine fetus. Another story of Hanuman's youth (this time AFTER he was born) involves his thinking the Sun is a mango and trying to catch and eat it, only to be struck down by Indra's lightning. The wind god Vayu forced Indra to apologize, and Hanuman was granted immortality, as well as a variety of other powers.

Hanuman was also famed for the role he played in assisting Rama to rescue his wife Sita from the demon Ravana. The simian deity served as a spy in Ravana's country of Lanka, during which time his ability to change size came in handy a few times. He also led an army of monkeys in a battle against Ravana's forces, and retrieved an herb to restore Rama's brother Lakshman to health. Actually, Hanuman was unable to find the herb itself, but DID find the mountain on which it grew, so he just carried the entire mountain to where Rama and Lakshman were then staying. 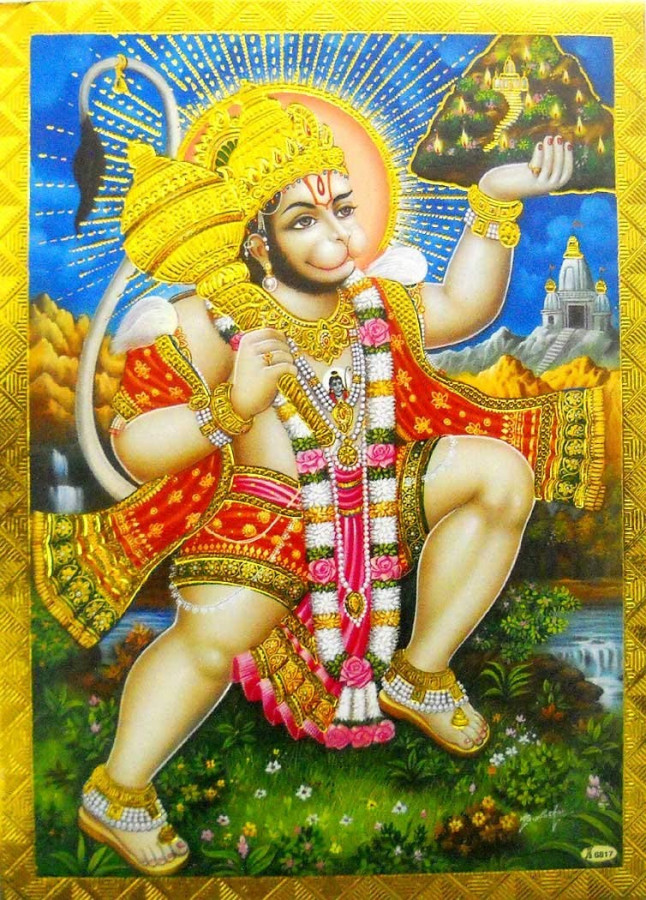 There are more stories about the magical monkey, but I think that will do for now.
Collapse