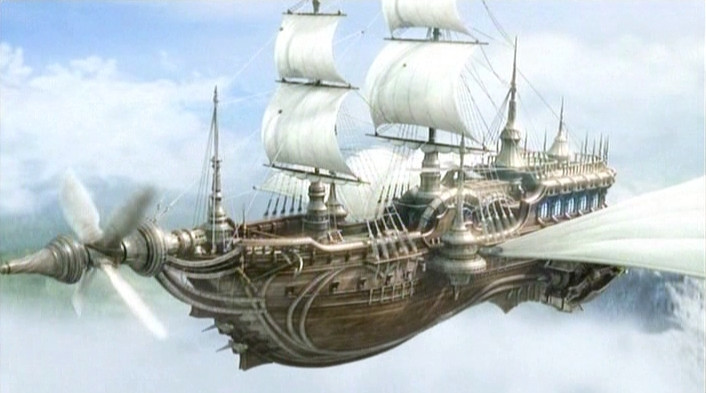 One concept that appears in several different video games is that of the airship. Every Final Fantasy game has at least one, and sometimes entire fleets of them. The airships that you can control are listed here and here. The designers obviously liked the names Enterprise, Falcon, and Invincible. While many of the airships in the games are simply sailing ships with propellers, others are more similar to dirigibles, which were commonly known as "airships" in real life. Super Mario Bros. 3 also included a fleet of airships, each one commanded by one of the Koopalings. In the cartoon and some other media based on the game, this changed into one Doomship. Later games have another airship known as the Koopa Cruiser. There are also the flying treasure ships that appear on the map screen when you've finished a level with a certain combination of time, points, and coins. Soul Blazer had an airship made by artist and inventor Dr. Leo, and there are probably similar ships in other games that I either can't remember or don't know about. 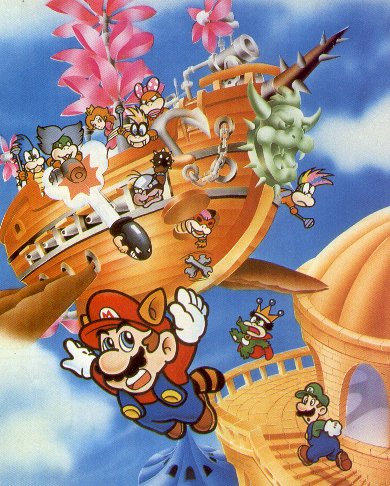 How did the idea of the flying ship originate? I'm not really sure, but it's probably one of those concepts that developed independently in several cultures, as it's a pretty simple concept: "Hey, what if a ship could sail through the AIR, instead of the WATER?" A Google search results in a few references to "The Fool of the World and the Flying Ship," an old Russian folk tale of the variety where a young peasant receives supernatural assistance in performing seemingly impossible tasks in order to marry a princess. The Tsar's first task for the young man is to make a ship that can fly, which he accomplishes with the help of one of those weird old men with magical powers who are always hanging around in fairy tales. The old man directs the boy to give a ride to anyone who asks, which results in his gaining more companions with supernatural powers. Much later, in 1886, Jules Verne wrote about a flying ship made airborne by propellers, which might have been influential to some of those video game designs.

And getting back to the topic of my Oz post from yesterday, both books featuring Captain Salt have a scene with the Crescent Moon becoming airborne. In Pirates, it's accomplished with help from a magic flask that Peter finds in the ocean. By the time of Captain Salt, the Red Jinn has installed balloon sails on the ship, enabling the craft to float above an attack from another ship.
Collapse