Today, we turn to Mary Magdalene, a figure about whom the Bible says very little. Even the widely held belief that she was a prostitute is treated with skepticism these days. From what I've seen, it looks like this idea came from a combination of: 1) the Gospel of Luke mentioning a repentant prostitute soon before its first specific reference to Mary; and 2) the association of Magdala, which the name "Magdalene" suggests was her hometown, with prostitution. In 591, Pope Gregory decreed that Mary Magdalene and the repentant prostitute were the same person, as was Lazarus' sister Mary. The Catholic Church overturned this position in 1969, however. That still leaves us with the statement that Jesus drove seven demons out of Mary, as well the fact that all four Gospels agree that Mary was the first person to learn of the resurrected Christ (although they disagree on whether or not she was alone at the time). So, despite the scant mention of her in the scriptures, it's not too surprising that she's seen as having been particularly close to Jesus. The Gnostic Gospels increase her role, with some of them presenting her as the only one who really understands Jesus' teachings, and as having to explain them to the male apostles.

Some people have expanded the closeness of Mary to Jesus as an indication that they were married, with The Da Vinci Code probably being the most famous modern work to incorporate that idea. I've heard that some prominent Christians of various denominations were really angry about the book for this reason, apparently not bothering to take account of the fact that it was FICTION (and, based on what I've heard, rather poorly written fiction at that; I'll admit I haven't tried reading it myself). Anyway, one argument I've seen in favor of Jesus being married is that most men of his status in first century Palestine WERE married, and if the Pharisees were as willing to criticize everything else about him as the Gospels indicate, why wouldn't they have given him trouble about his bachelorhood? My counter-argument to that would be, "How do we know they DIDN'T?" The confrontations between Jesus and the Pharisees that are recorded were presumably only a sample, after all. Besides, if not being married was considered an aberration, why would the writers out of the Bible have been so intent on portraying him as unmarried? I believe the explanation by Dan Brown and his ilk is that the later Catholic Church suppressed the material that says he was, which doesn't seem too far-fetched in and of itself, but then wouldn't we expect ancient writings discovered after the Church's initial suppression to support the marriage? As far as I know, none of it does. The texts discovered in Egypt in 1945 give Mary a prominent role, but no suggestion at all that she and Jesus were married. Most of the information we have on Jesus suggests that he was an avowed bachelor. Also, John the Baptist presumably wasn't married, and he played much the same role as a wandering rabbi. Still, the idea persists, probably largely because the idea that the Son of God might have had a normal family and sex life is kind of a slap in the face to the common presentation of Christ. (Interesting that even the supporters of the married Jesus concept don't seem to consider the idea that he might have had sex and even children OUTSIDE wedlock.) Not that the idea of an avatar of God being married is all that bizarre (Rama and Sita, anyone?), but it goes against the typical image of the celibate Jesus. It's commonly thought that, if Jesus WAS married, then the wedding at Cana described in the Gospel of John was most likely his own, which I suppose would explain why his mother was there. Wouldn't marrying someone with your mom's name be a little disturbing in bed, though? Then again, HIS name was...oh, never mind. 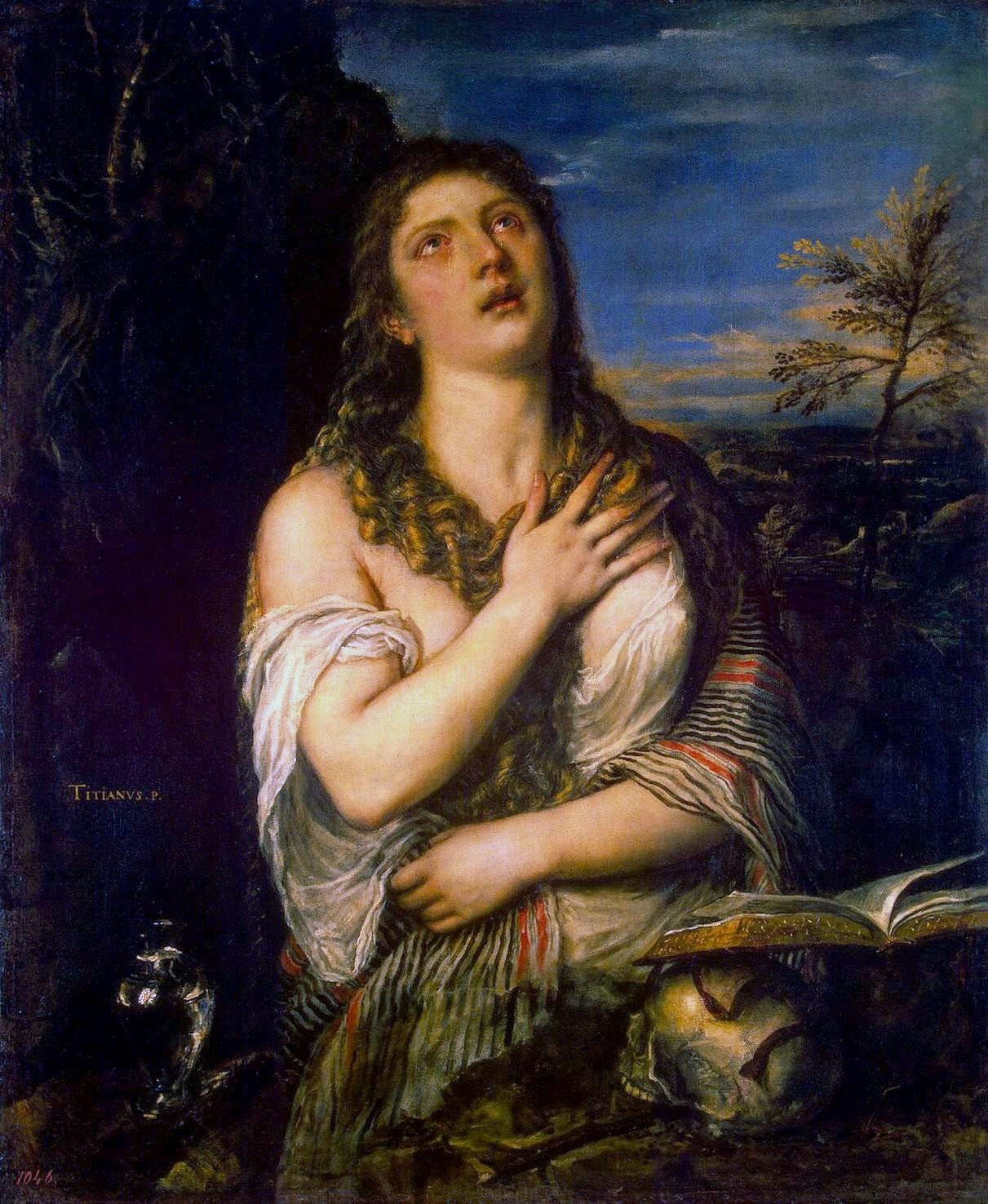 There are several traditions associated with Mary's deeds after Jesus' ascension to Heaven. One even ties her in with the origins of Easter eggs, saying that she brought an egg with her to a banquet held by Emperor Tiberias, and it turned red in her hand. After this, she is said by some legends to have sailed to Marseilles with her family, and served there as a successful missionary. Combining this with the presentation of Mary as Jesus' wife gives us the idea put forth in the 1982 book The Holy Blood and the Holy Grail (known in the States simply as Holy Blood, Holy Grail) that Jesus and Mary's child was the ancestor of the Merovingian dynasty. The book also attempts to present references to the legend of the Holy Grail as actually referring to Holy Blood (i.e., the blood of Jesus that flowed in the veins of his descendants), but this involves word games along the same lines as the speculation that, when penning the tale of Cinderella, Charles Perrault somehow mistakenly wrote "glass" when he meant "fur." Pretty much all of these conspiracy theories didn't develop until ages after Mary's lifetime, and I can't ascribe them to much other than wishful thinking and the desire for potentially controversial story plots. On the other hand, I rather like the idea that Mary Magdalene was actually Jesus' closest companion and disciple, but that could just be due to my preference for strong female characters.

bethje and I do, we don't get any trick-or-treaters, which kind of sucks. For those of you who live in more densely populated areas, did you get very many trick-or-treaters, and what were some of the most popular and most creative costumes? I miss getting to participate in Halloween in that way, so I guess I might as well get some vicarious candy-distributing out of the comments.

What we DID do last night was go out to eat at the Olive Garden, where I had the four-cheese mezzaluna with sausage. Very good, but their sausage is a little strong. It's cool to have every once in a while, though, and it seems like they only have sausage dishes every once in a while. After that, we went to Barnes & Noble to look for a book to help me study for the pharmacy technician certification exam, but I ended up buying one on the Internet instead. Then we went to the movies to watch Saw VI. The series is a guilty pleasure for Beth, but I have to say I have a hard time following the later films. I did appreciate the hatred for insurance companies, though. At home, we saw Wolf, starring Jack Nicholson as a werewolf, Michelle Pfeiffer as his rather bland love interest, and James Spader as an asshole (wait, that's the role he plays in EVERY movie he's in, isn't it?). It's weird that they got some pretty big-name actors for such a cheap-looking film, but maybe they spent their entire budget on the cast.

The extra hour ended up not really making a whole lot of difference to me, and we're going to lose it again in a few months anyway. Why can't they add extra hours without taking any any of them away? I can't remember too much about my dream, except that it included a cursed swimming pool and some leftover pizza, and I felt frustrated throughout the entire thing for some reason. And now it's November, the month when both Beth and I have our birthdays. Too bad I can't afford to buy her much of anything at this point.
Collapse