While the Atlantis legend is obviously the most famous lost continent myth, it is hardly the only one. Its closest equivalent in the Indian Ocean is Lemuria, the existence of which was proposed in 1864, the name coming from the lemurs, an infraorder of primates native to Madagascar. I remember being somewhat intrigued by the lemur as a kid. For Halloween one year, my mom made me a panda costume, which she later converted into a cat costume by adding a tail. I decided that, if I wore the panda mask with the converted costume, the closest actual animal match was a lemur. Later, I knew a guy in college who was a huge fan of the animals. The name of the animal actually came from that of the lemures, restless spirits of the dead in Roman mythology. Presumably zoologists of the time thought that their eyes and wailing sounds had a haunted air to them. 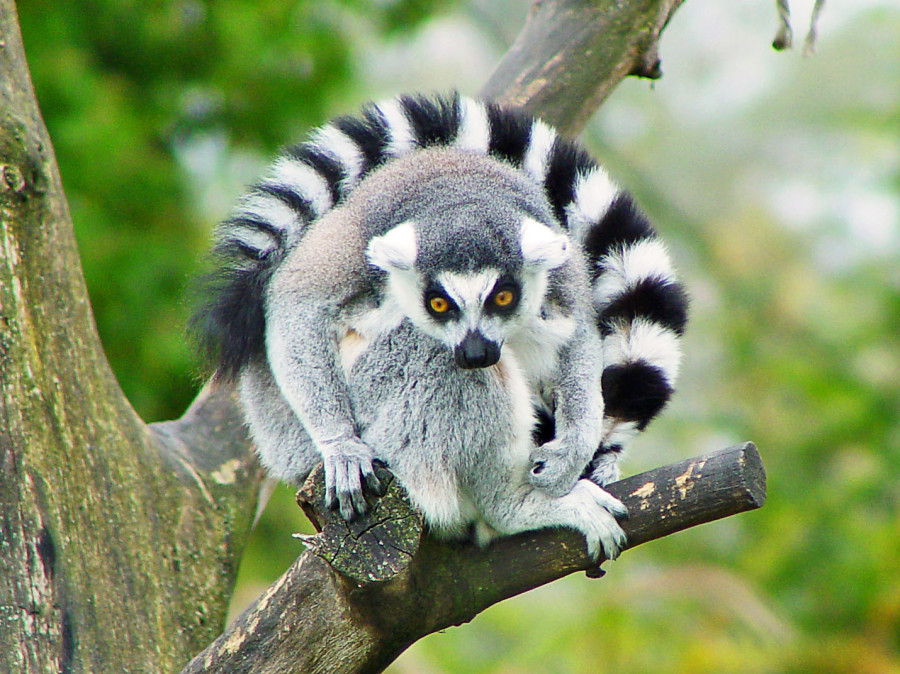 Anyway, while lemurs are only found in the wild on Madagascar, fossils of similar animals were found on the Indian subcontinent. So biologist Philip Sclater proposed that India and Madagascar were once part of the same continent, which he named Lemuria because it would have been home to the ancestors of modern-day lemurs. This was hardly the only such conjecture of its day, but this kind of idea was pretty much put to rest once the theory of plate tectonics gained wide acceptance. That way, India and Madagascar could have been near each other at one point WITHOUT having to account for a whole lot of extra land. 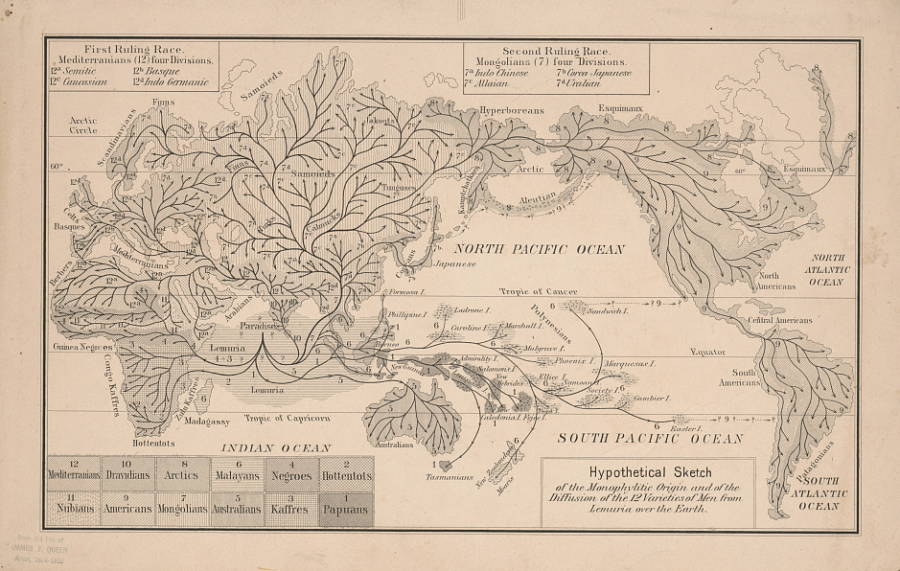 Like Atlantis, Lemuria made its way into the occult, and not surprisingly ended up not having much to do with Sclater's proposal. In Helena Blavatsky's complex Theosophical history of the world, the Lemurians were the third of the seven root races. They were hermaphrodites who grew to about seven feet tall, reproduced by laying eggs, and weren't particularly bright. The gods eventually sank the continent after they turned to bestiality, and started again in Atlantis. Later occult writers would associate Lemuria with Mu, a lost continent in the Pacific with origins dating back to an 1864 mistranslation of Mayan writings. How a submerged continent in the Pacific would have explained similar fossils in India and Madagascar isn't entirely clear, but the original point is often lost when people think they can make cool connections between things. I've seen some occult sites link Mu and Lemuria because of their names, even though the former was a mistranslation and the latter seemingly just a bit of cuteness on Sclater's part. I mean, it's not like a lost civilization would have given lemurs the same Latin-derived name that they'd come to have in a later century, right? That would have been stupid.

A book called A Dweller on Two Planets, written by Frederick Spencer Oliver and published in 1894, proposed that people from Lemuria were living in caverns inside and under Mount Shasta in California. Why there? No idea, and it was probably just an example of Oliver seeing the mountain, thinking it looked really impressive, and figuring he had to connect it to some kind of spiritual belief. According to the Wikipedia entry, Shasta has attracted people of many religious faiths. It has a Buddhist monastery, and native beliefs held that it was the dwelling place of the spirit chief Skell.

I make no secret of the fact that my interest in this topic was largely spawned by Frank Black, whose Pixies song "Velouria" (a strong candidate for my favorite song by anyone) and Catholics song "Velvety" both reference the idea of Lemurians living at Mount Shasta. Frank's Lemurians are furry, implying he was thinking more of the association with lemurs than of Blavatsky's egg-laying hermaphrodites. ("Hermaphroditos" is a totally different, and not as good, Frank Black song.)