I haven't really said much about the Leno-Conan fiasco, mostly because I can't think of anything to add. I don't actually watch Conan much, but I think he's a funny, likable guy who deserved more of a chance in the new time slot. Leno, on the other hand, makes me uneasy. It's partially that his jokes are so dumbed down, but I think it might be even more because of his put-on masculinity. Hey, it's fine that he likes to work on cars (in fact, maybe his talents are being wasted as a comedian), but I get the impression that he likes to call attention to it as a way of saying, basically, "I'm a REAL MAN, not a nerd like all those other comedians!" Tim Allen comes across much the same way, and I remember catching a glimpse of him on Leno recently. The hyper-masculine insecurity in that studio must have been thick enough to cut with a knife. I think Conan is okay with being a nerd, which gives him more cred in my book. But even putting all that aside, if Leno wanted to leave the Tonight Show to a younger comedian and the network didn't like Conan, why not suggest another young talent instead of taking it back yourself? And why WOULD Leno have gotten worse ratings in prime time, anyway? Were his fans too out-of-it to think of turning on the TV an hour earlier?

In other news, you've probably heard of the coded Bible verses written on weapons. Apparently the military is now planning on removing them. But anyway, I also recently read

vee_ecks's review of The Book of Eli, and apparently the movie is about a future in which all Bibles have been destroyed. I put two and two together, as I'm wont to do when I really want four of something, and determined that these Biblically-inscribed weapons are actually prototypes for Bible-seeking missiles. Everyone thinks the verses are there to promote Christianity, but it's secretly the exact opposite, with the verses there as some kind of text-seeking magic. Makes as much sense as just about anything else in these crazy times, anyway.

And to tie the entire post together, I believe the Bible spoke of Leno, who is the Beast of Revelation. His wound that healed represents his failed prime-time experiment. And the second beast, the one from the land who makes everyone worship the first beast, is presumably Kevin Eubanks. Why else would he laugh at all of Jay's bad jokes?

Witch Week - Another in Diana Wynne Jones's Chrestomanci series, this one takes place on a Related World where magic is common but illegal. This confounds the great enchanter, and he has to figure out how such a world came into existence. It turns out that the reason involves Guy Fawkes, but I don't want to give too much away. It's a quite engaging tale, and I like that Diana is doing something different with each new Chrestomanci book, so they don't become too formulaic. 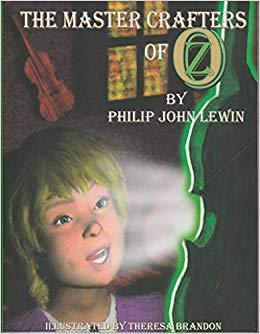 The Master Crafters of Oz - Philip Lewin's sequel to his The Witch Queen of Oz, which introduced Lurline's evil sister Enilrul and the significant role she played in Ozian history. She reappears in this one, but the focus is on a secret society made up of Ozites with creative but non-magical minds, and the history of the mysterious Dr. Nikidik. I appreciate how the society is revealed a little at a time, and while my continuity-obsessed mind isn't too keen on the reveal about Smith and Tinker (both of whom already turned up in earlier apocryphal stories), it's still clever. I found the Dreamland segments a bit superfluous and confusing, but otherwise it was a very enjoyable story, involving bits from many different earlier Oz books.
Collapse