Continuing with my rodent theme, my next victim (of description, that is) is Mouser from Super Mario Bros. 2. He's basically a giant mouse in sunglasses who throws bombs. The way to defeat him is to throw the bombs back at him, as he's apparently too dumb to avoid them. Some explosives expert he is! The original Doki Doki Panic, on which SMB2 is based, had Mouser as the boss (or three different Mousers as bosses; it's hard to tell) of Worlds 1, 3, and 5. When Americanized and Mariotized, the final Mouser was replaced with the rock-chucking crab Clawgrip (or "Clawglip," as the credits mistakenly call him). In Super Mario Advance, Mouser is the boss of Worlds 1 and 6, with the mechanical Robirdo in World 3. 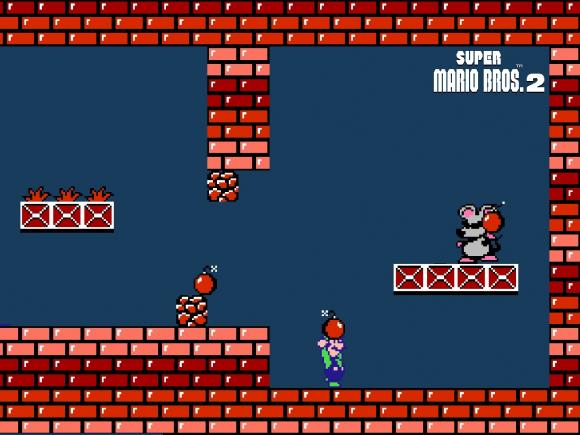 As with most Mario enemies, there isn't a whole lot of official information on Mouser. The instruction booklet says he's vain and uses his bombs to destroy good dreams. One of Valiant's Nintendo comics, "A Mouser in the Houser", provides some unofficial back story for the character. He was originally the king of a society of giant mice living beneath the Mushroom Kingdom, until he betrayed them and joined forces with King Koopa. Why Koopa and not Wart? Well, the cartoons and comics tended to streamline things by making Bowser the ruler of the enemies from SMB2 as well as the ones from games in which he actually showed up, which actually kind of makes sense, as later games portray Shyguys and other SMB2 enemies as members of the Koopa Troop. Wart did make a few appearances in the comics, but it was pretty much always Koopa commanding Wart's old henchmen. If I remember correctly, one of the issues that I was reading at a store included a letter to the editor asking why King Koopa commanded Wart's troops, and the reply was that Bowser has a higher rank. In the Super Mario Bros. Super Show cartoons, in which Wart never appeared, Mouser showed up quite frequently as King Koopa's right-hand man...er, mouse. He was voiced by the same guy as Toad, but had a bad German accent. Or was it a bad Russian accent? It's sometimes hard to tell. Also, his name was pronounced to rhyme with "Bowser," which isn't how I would say it. 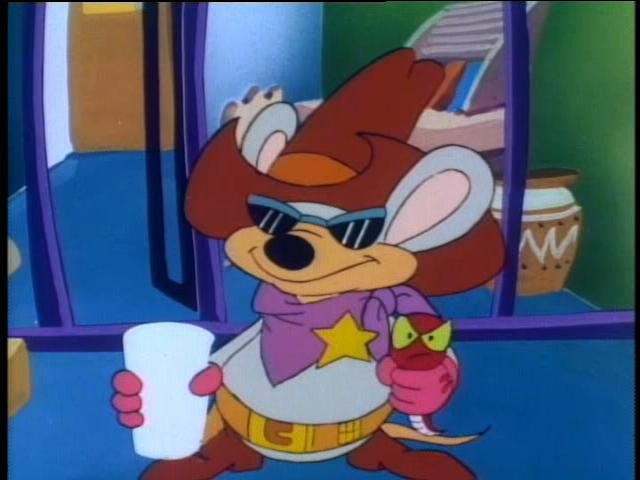 Other possible relatives of Mouser and his kin are the Nomadimice from Paper Mario, who live in the Dry Dry Desert. Their leader, Moustafa, is a descendant of Mousta, the first ruler of the lost Dry Dry Kingdom. A few other games include enemies known as Little Mousers, or Squeeks. 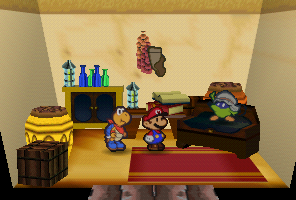