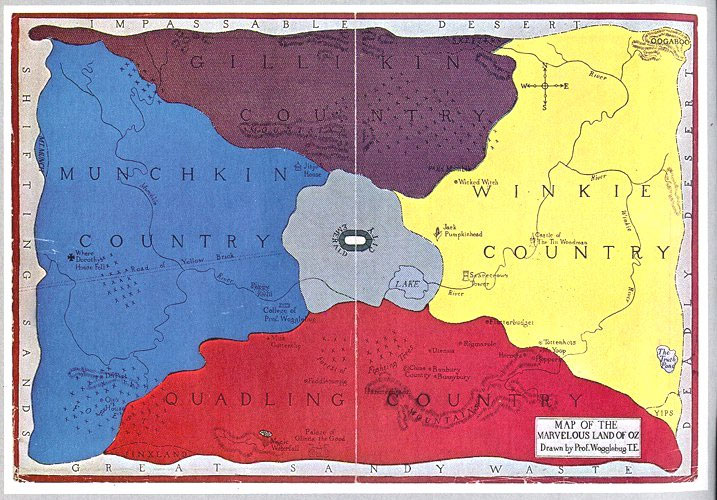 When L. Frank Baum first devised his map of Oz for the endpapers of Tik-Tok of Oz, he included a few places that had yet to be mentioned in the actual texts. Whether or not he had plots in mind for them when making the map isn't clear, but he would go on to use them in future stories. One of these places is the mountain of the Yips, located in the southwestern corner of the Winkie Country. The mountain and its inhabitants became significant a few books later, in The Lost Princess of Oz. When Ugu the Shoemaker stole the most valuable magic from Ozma, Glinda, and the Wizard of Oz, he also stole a gold dishpan from a Yip named Cayke the Cookie Cook. 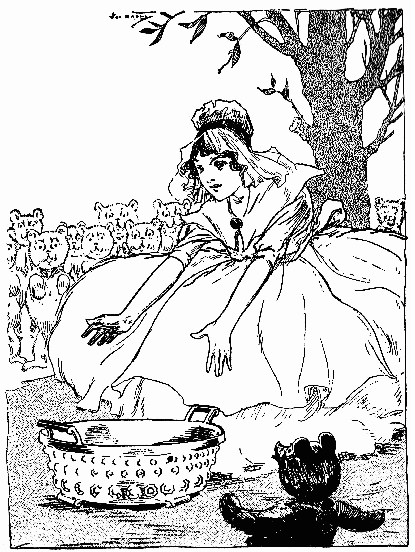 Like some other isolated Ozian communities, the Yip Country is very difficult to reach. It's located on a tableland on top of the mountain, and there are no paths leading up to it. The Yips' homes are scattered all over the mountaintop, not laid out according to any particular pattern, but simply wherever the inhabitants prefer. Also located somewhere on the mountain is the pond where the magic skosh that enlarged the Frogman grows, although none of the Yips seem to be aware of this. Baum writes that the Yips have "queer ways and notions of their own," but doesn't really elaborate. Neill, however, shows them as having rather interesting choices in hat decoration: 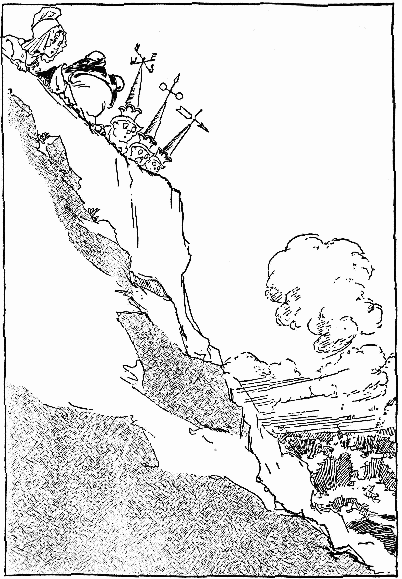 The only Yip who's really differentiated from the rest is Cayke herself, who leaves the mountain in the company of the Frogman to seek her lost dishpan. This dishpan, which is studded with diamonds, was passed down from mother to daughter through the generations. Cayke is aware that possessing it somehow enables her to be a better cook, but is initially unaware of its powers of transportation, which is why Ugu steals it. As John Bell mentions in a recent blog entry, Cayke herself is described as "dried up" by Baum, but Neill draws her as a young woman. While Lost Princess is the only canonical book to give Cayke a role, she does have a major part in March Laumer's Magic Mirror, in which she dates Till Orangespiegel for a while. Laumer gives her full name as "Cayke L. Baque," but I figure "Cayke the Cookie Cook" is a good enough name. Honestly, I don't see why a small, isolated population like the Yips would have adopted the custom of surnames. Then again, as we'll see in my next Oz post, the similarly isolated Hyups apparently have. 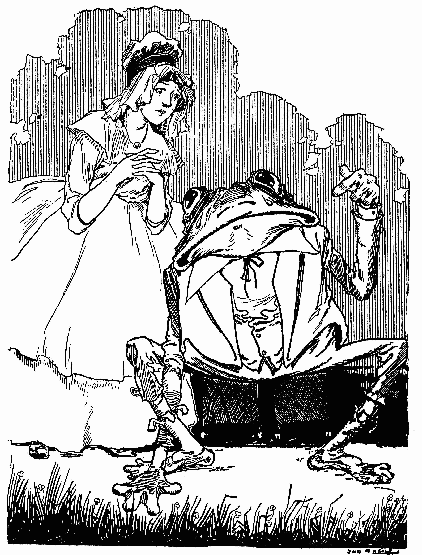