It's been a little while since I last finished a book, but I completed three in this past week, so here are my customary reviews:


Lost Scriptures, by Bart Ehrman - An early Christian collection of writings, some complete and some not, that didn't make it into the New Testament. I'd read some of them before, like the Protoevangelion of James and the Infancy Gospel of Thomas, but the context Ehrman provided was interesting. I'm sure some of these lost books will feature in future posts of mine. 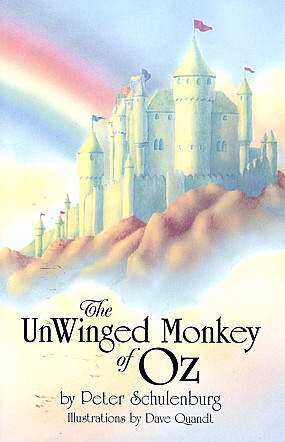 The Unwinged Monkey of Oz, by Peter Schulenburg - The story centers around a Winged Monkey who was born without wings. As he is mercilessly teased by his peers, he runs away from home, and becomes involved in solving the mystery of a man who occasionally turns into a gump and finding the missing king of a city of clay people. There's nothing revolutionary here, and it seems like the mysteries are tied up a little too easily, but it's still a fun Ozzy read.

The Complete Compleat Enchanter, by L. Sprague de Camp and Fletcher Pratt - In this series of short stories, a psychiatrist named Harold Shea discovers a way to transport to worlds of mythology and literature through a logical formula. An interesting aspect of these alternate worlds is that, since they have different physical laws, unknown technology won't work there. On the other hand, Shea and his friends figure out how magic works, and are able to become competent (but hardly perfect) magicians. There's a certain sameness to the adventures, but they're still enjoyable to read, and I guess they weren't originally written to be read all at once. I understand that there's a later story that took Shea to Oz, and I guess I'll have to seek that out.

Since I just checked a few books out from the library and received several new Oz books in the mail (yes, there ARE still some I haven't read), I'm going to have plenty of reading to do in the coming weeks. Too bad it doesn't look like I'll have a lot of time to do it. I guess I could always forgo the Internet in favor of books, but I really like to stay as much up to date on the stuff I follow online as possible. I'm already pretty far behind on most of it. Stupid need to earn money, and its getting in the way of leisure activities!
Collapse