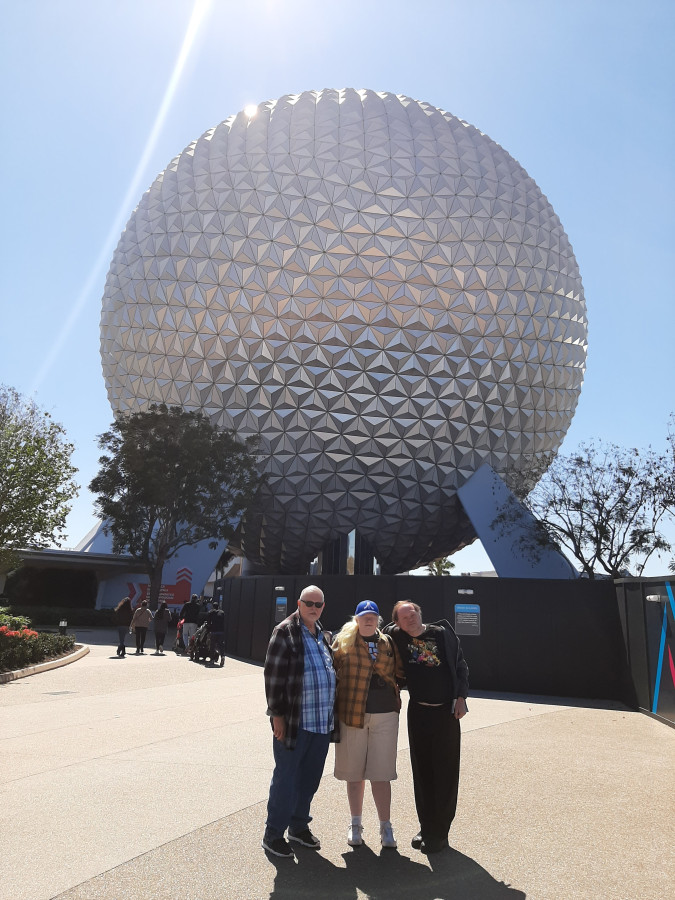 For our third day at Walt Disney World, which was Leap Day and our anniversary, we visited Epcot, which is officially no longer spelled with all capital letters. I had remembered it from the last visit as involving a lot of walking, and while that was still true, it seemed easier to get around than the others. Hollywood Studios is the smallest park, but I found myself getting lost all the time there. Anyway, the first thing we rode was Soarin', which was there in 2008, but I didn't get to go on it then. It's reminiscent of earlier virtual reality rides and IMAX movies, but with better effects. Patrick Warburton does the introductory video, and the ride itself gives the illusion of flying over places around the world. You get really close to a lot of people and animals just going about their business, which would be pretty terrifying for them if it were real. Then we rode Living with the Land, an environmentally themed boat ride sponsored by Chiquita, perhaps as consolation after they lost the Adventureland frozen treat contract to Dole. A lot of the food they use at the parks is grown or raised there, at least if the narration was accurate. When they said that about the fish, I couldn't help thinking, "One day when de boss get hungry, guess who goin' be on the plate." I like fish, though, and shellfish perhaps even more. I just think Disney sometimes sends mixed messages. Then came Journey Into Imagination, a multimedia ride hosted by Eric Idle and a mischievous little dragon named Figment. 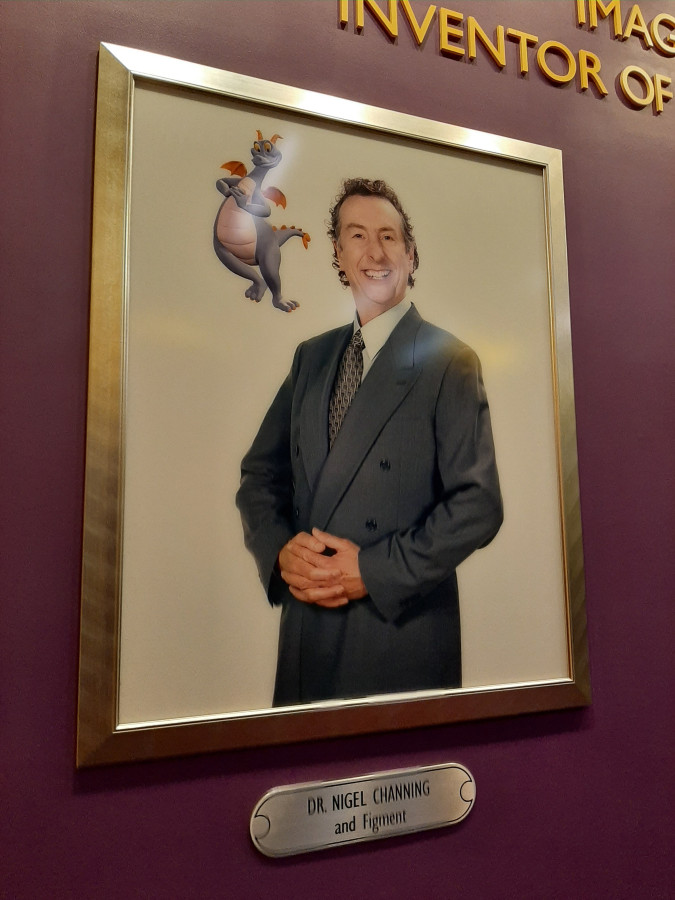 I believe we went into at least one building in every country at the World Showcase on our first visit, but since we had a FastPass for Spaceship Earth and a dinner reservation at the Coral Reef that evening, we skipped some of them this time. Sorry, Mexico! I wouldn't have minded doing the Three Caballeros boat ride again, but we weren't sure about the timing. We remembered the bake shop in Norway having good pastries, so we got some this time as well. 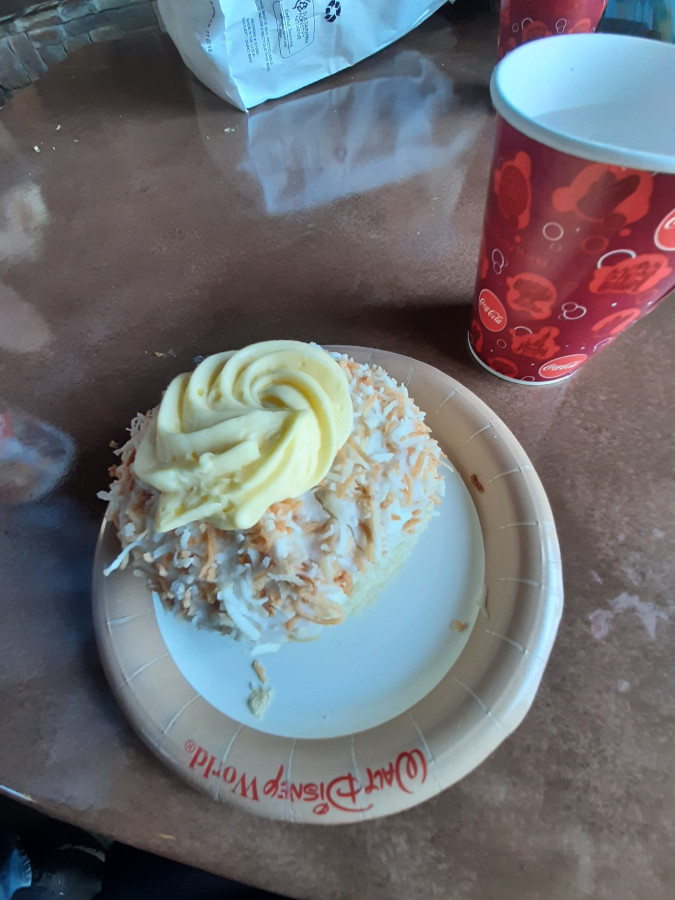 I'm bothered that they replaced the Maelstrom, the troll-heavy boat ride, with a Frozen-themed one. Sure, Arendelle was INSPIRED by Norway, but it isn't really the same place! And yeah, I know they have Aladdin-themed stuff in Morocco when Agrabah would pretty much have to be in or near Saudi Arabia (although the original Aladdin story is set in China and mentions Baghdad), but it's not as heavily emphasized there. Dorothea suggested that Japan might be the most fun for shopping, and they also had a kawaii exhibit that had a few things relevant to my interests, including Tom Nook and a Dragon Quest Slime. 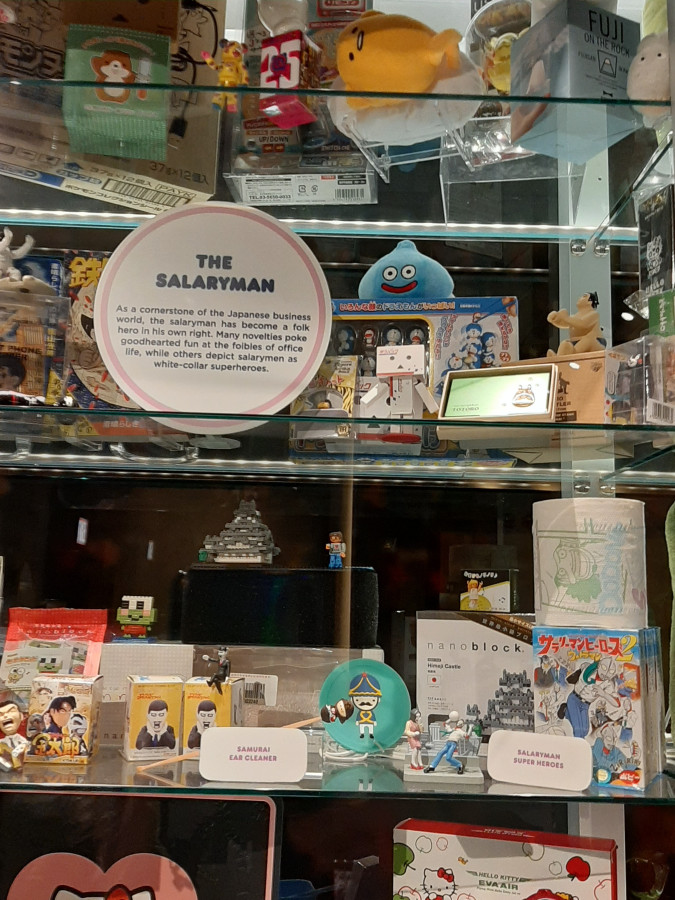 We saw the movie at the American Adventure, which had apparently changed since last time, although I don't remember it well enough to say how. Probably something to do with the Native American complaining about how white people ruined the place, when most of it seemed very much in favor of European colonization. The Canada film no longer has Martin Short narrating; I don't know if his contract ran out or what.
It turned out that we really didn't need the FastPasses for Spaceship Earth, as there was hardly any line at that point, but how would we have known that a month in advance? We didn't go on Test Track or Mission: Space this time, and Ellen's Energy Adventure is no longer there. At the Coral Reef, I actually had cioppino for the second time that week, although it had some different stuff in it. 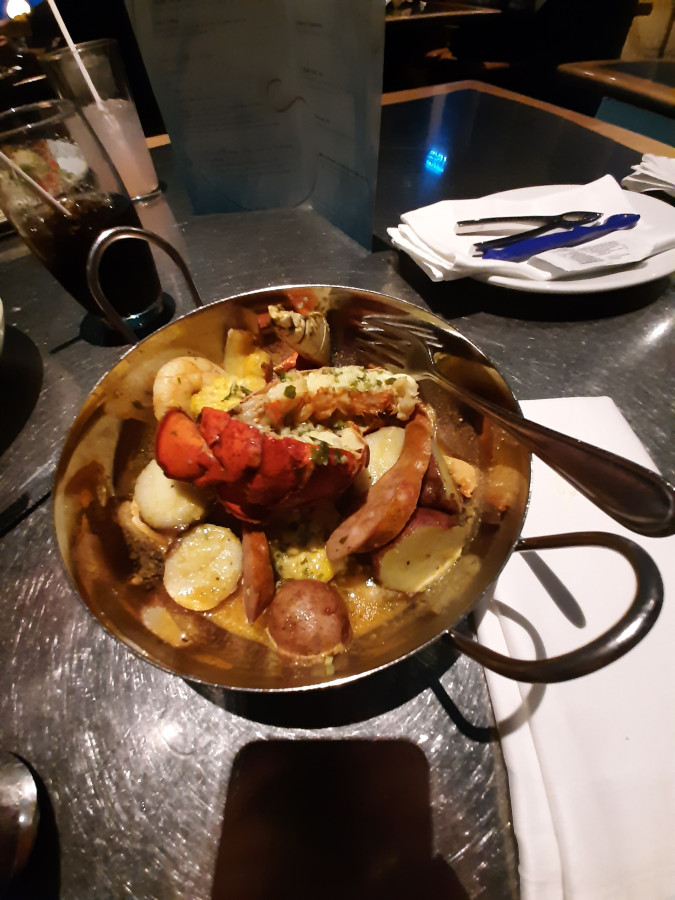 I first saw this restaurant on Full House, which kind of sucks, as I kept thinking about Joey being afraid to get out of the fish tank. 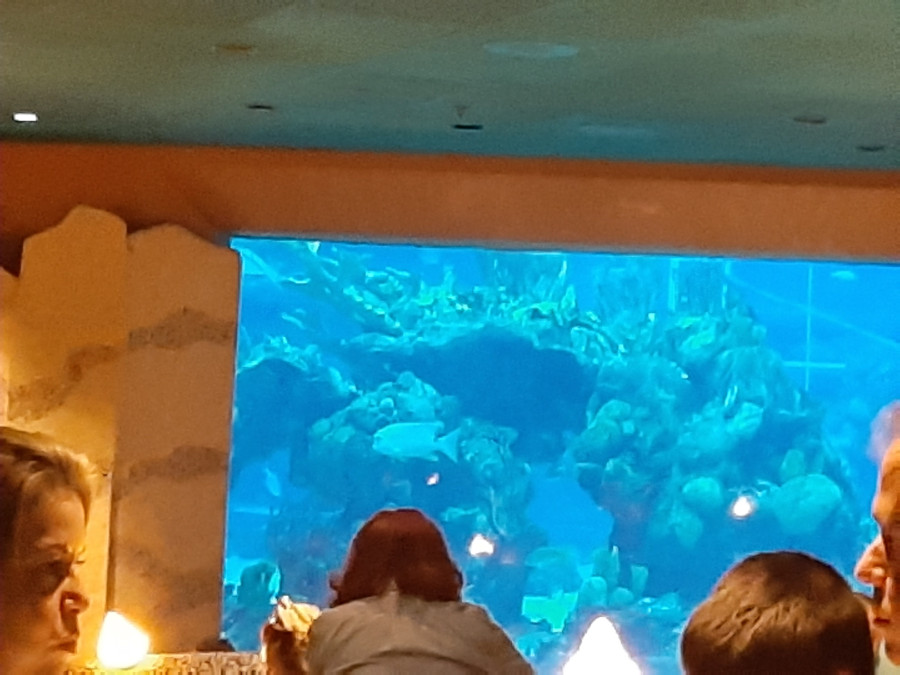 Don't ruin my experience, crappy nineties sitcoms! Right near there was The Seas with Nemo and Friends, the last thing we did that day other than trying to watch fireworks that ended up being too far away. 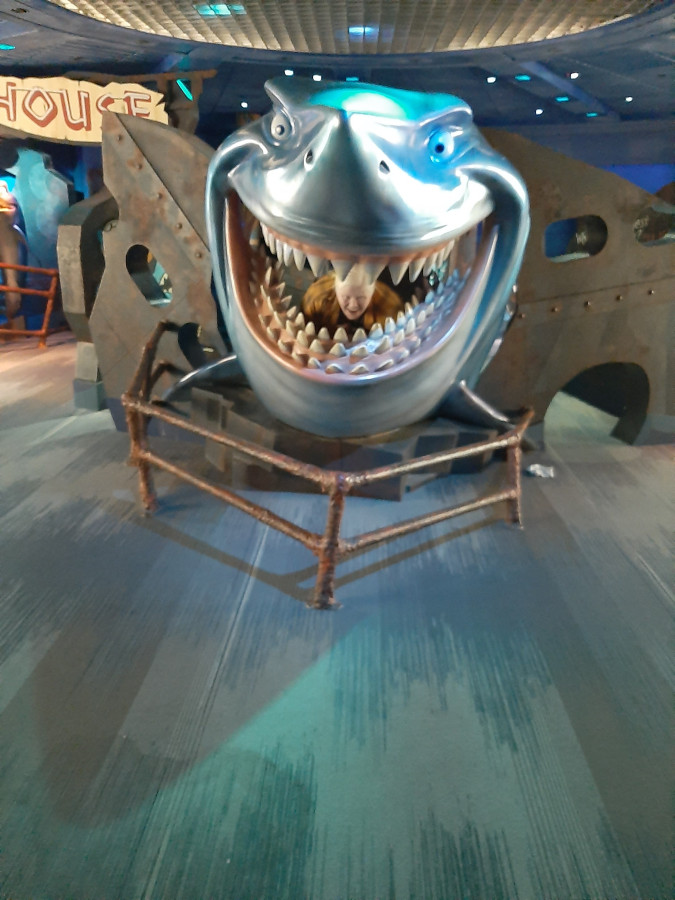