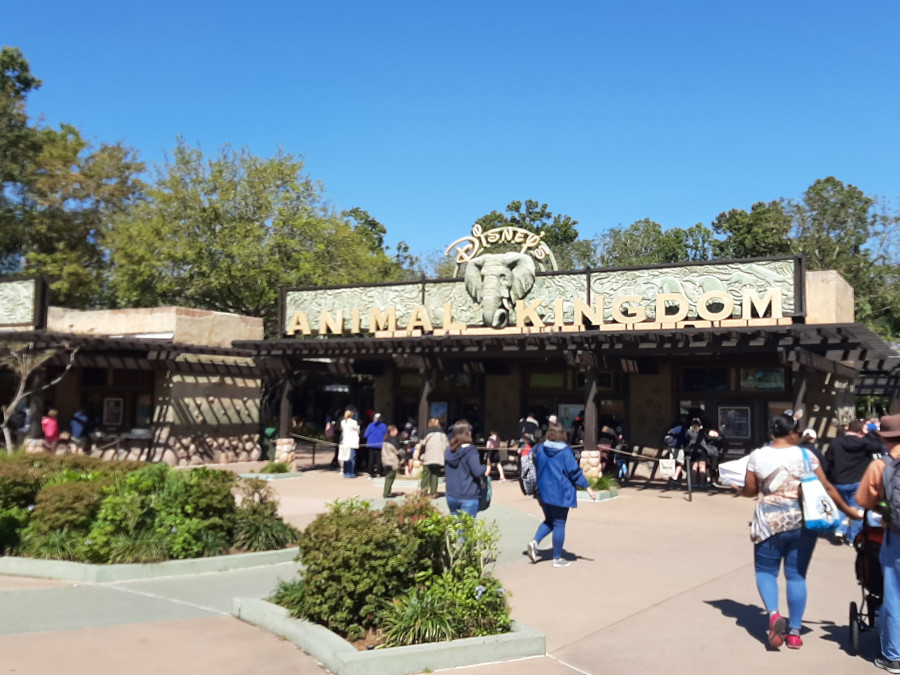 Sunday was our last day at Walt Disney World, and we visited the only remaining park (not counting the water parks), Animal Kingdom. It looks like I didn't really say much about this one on my last visit. While the actual animals are obviously a major part of the draw, it also incorporates a fair number of imaginary and extinct animals, the latter being showcased in Dino Land U.S.A. 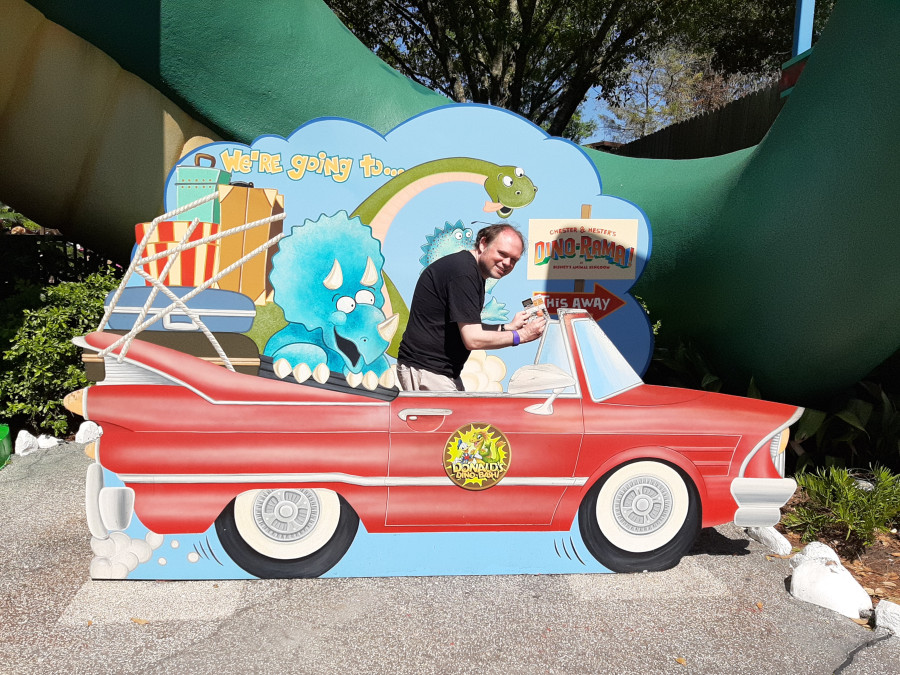 The first thing we did at the park was watch It's Tough to Be a Bug at the Tree of Life, then use our FastPass for the ride simply called Dinosaur, to tie in with the 2000 movie that I'm not sure anyone remembers now. A lot of the rides have narratives that they present before and during the action, and in this case it's Wallace Langham wanting to bring back an iguanodon from the very end of the Cretaceous Period before the meteor strike that killed the dinosaurs, against the wishes of his boss, Phylicia Rashad. Why is he willing to risk his job, and possibly the lives of passengers, to bring back this one particular dinosaur when he could easily try to take one from a less dangerous time? I'm sure I'm overthinking it, but that's what I do. Our next FastPass was for Expedition Everest, but since that was close by and we had some time, we rode the TriceraTop Spin. Each triceratops that passengers ride has two switches, one in the front to raise and lower the dinosaur, and one in the back to tilt it. 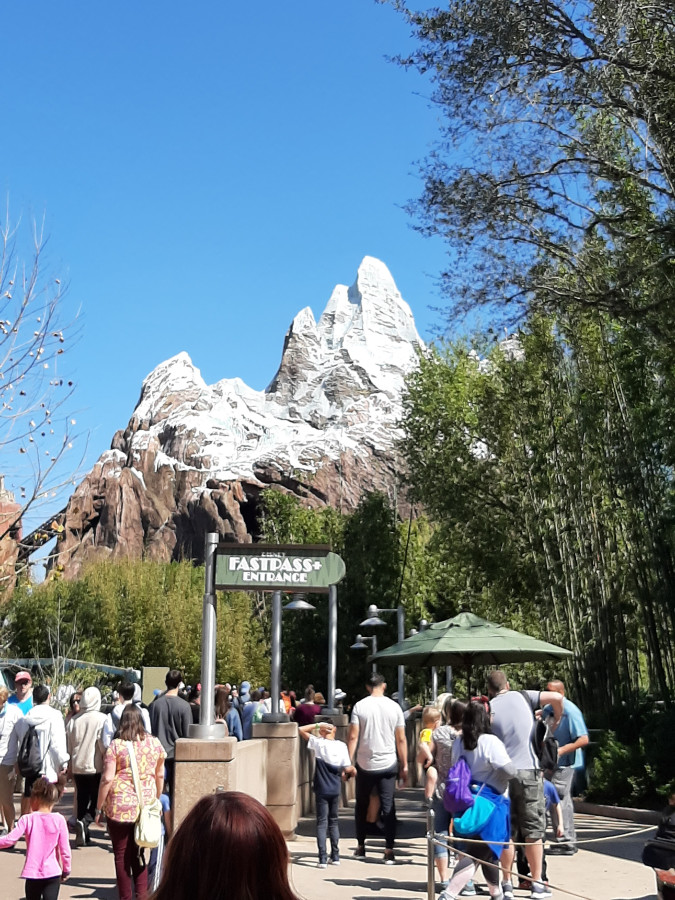 Expedition Everest is, as far as I could tell, the same as it was before, but that's fine as it's a lot of fun. It features one of the imaginary animals, a yeti. Other fictional animals are presumably seen in the Pandora section, but we didn't get the chance to go there. I've never seen Avatar anyway, but I've heard the rides are good. We walked on a trail to see some animals, and rode on the African-themed safari tram. 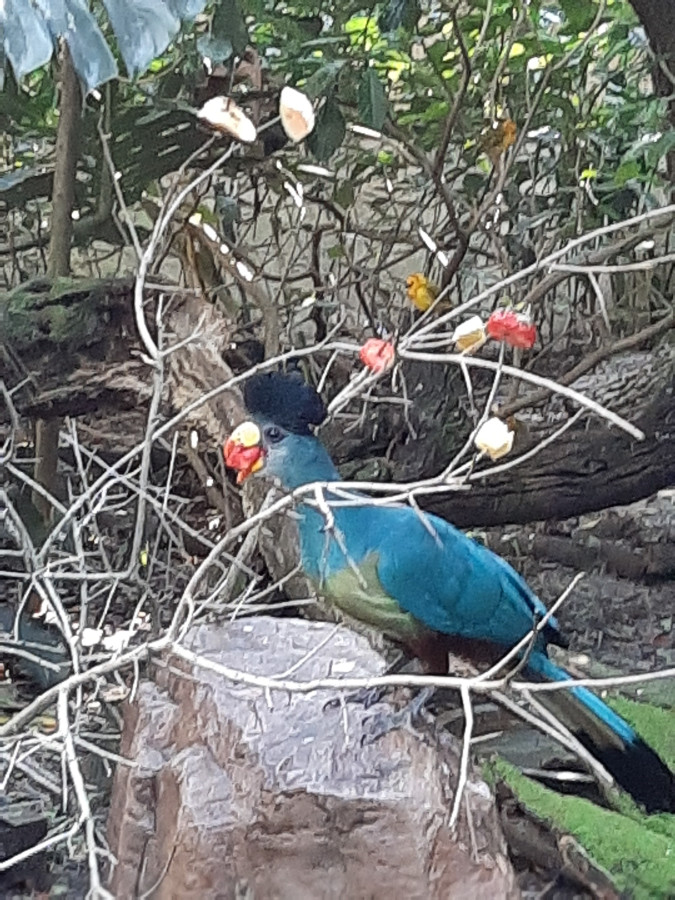 I couldn't get good pictures of all the animals, the elephant being one who eluded me, as was the nursing baby giraffe. It's hard when the tram is pretty much always in motion. There were a few rhinoceroses quite close to the vehicle.

I also got a pretzel shaped like Rafiki's drawing of Simba. 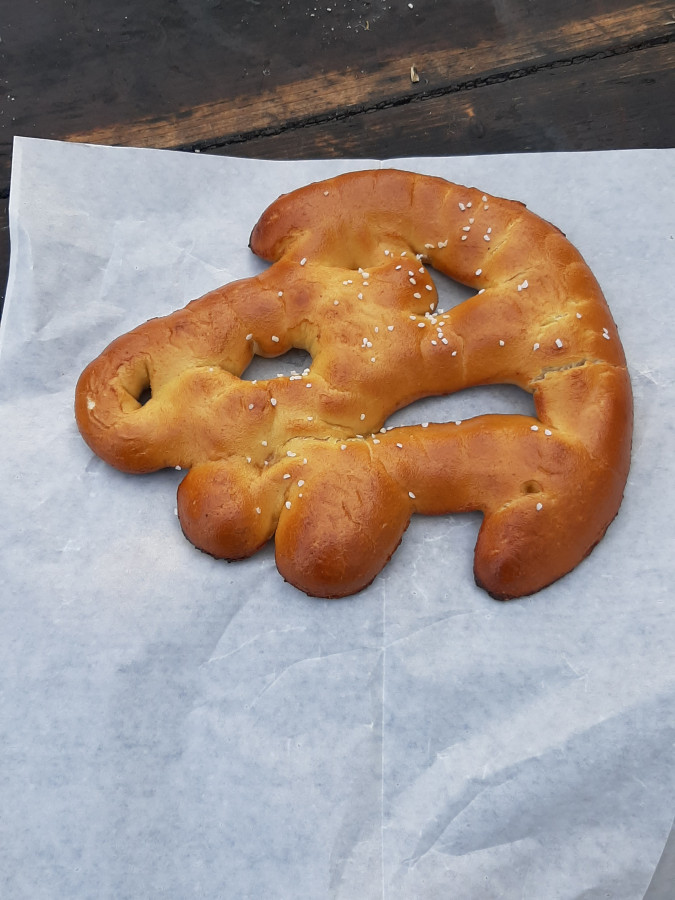 None of us got pictures with costumed characters this time around, but I would have liked to if we'd been less pressed for time. While entering Dino Land, we saw Scrooge McDuck and Launchpad, who would have been pretty exciting to pose with, but they weren't even meeting people at that point, just walking from one place to another. There were a lot of meet-and-greet areas where the lines weren't that long, though. Maybe next time, if there is one.

We ended up having to call a Lyft from Animal Kingdom, as the bus back to our hotel wasn't showing up, and we needed to get back to take the Magical Express to the airport. So that kind of sucked, but the flight and all that went off without a hitch.
Collapse