I started working from home this week. It's convenient not to have to get ready or go in to work, which I pretty much dread doing. On the other hand, I have two monitors at work, and while I thought that setup would be confusing when I first saw it, it's actually invaluable for what I do because I have to switch back and forth between things a lot. I'm working from a laptop now, which means just one small monitor. I've done my best to adjust, but it's still frustrating. It's also surprisingly exhausting, considering how sedentary it is. I can't say my life has changed that much due to the pandemic. In a way, an order not to leave home unless it's to buy groceries is a convenient excuse for me; I've always been kind of a shut-in. I am sorry I had to miss some concerts, but even then I'm not sure I regret it too much, because I like being AT concerts but not the process of GOING there. I'm sure nobody likes getting ready for things, but I don't know that they have the level of anxiety about it that I do. I can say I'm tired of hearing about Coronavirus, but with the caveat that I do want to be informed if there are significant developments. It's not that I don't care, but that I feel like it's dominated a lot of online discourse and television news, and nobody is really saying anything new. When the only advice they can offer is "wash your hands," it's pretty pointless. When was that NOT a good idea? I've gone through periods where I obsessively washed my hands, although I don't know that I did so for twenty-second intervals. I feel that there was already even more of a sense of helplessness in our society with the rise of authoritarianism, but the virus is making it way worse. That's part of why I want NOT to have to think about it unless there's something feasible I can do.

On a much less significant but still irritating subject, apparently there's now no way to turn off autoscrolling on Tumblr, which is something I disabled years ago. I need defined endpoints, Tumblr! I tend to have a systematic approach to my online activity, not a system that would necessarily make sense to anyone else, but it does to me. When a site changes format, I have to readjust, and that's hard for me. This is supposed to be fun stuff, not work. But even more importantly than that, why force a certain model on users, and why make changes nobody asked for? There seems to be a general trend with social networking sites to make sure that, once people have become comfortable with how they work, they mix things up again for no reason. Why does Facebook default to showing the timeline in non-chronological order? At least there you can change it, although it still tends to reset every once in a while. I'm also annoyed by the Twitter app on my phone constantly scrolling back to the top instead of retaining my place, but that might genuinely be a bug instead of something intentional. I seem to recall reading somewhere about how the tech industry refuses to leave well enough alone, and always has to come up with new innovations even when what they have is fine. I guess that's business in general. Maybe my experience is different from that of other people (it frequently is), but it seems like, while I've always been aware that social media are for-profit and run by big corporations, that really didn't so much affect how people used them. There were ads, of course, often ones for such obscure products and services that I had to wonder how anyone made any money from them, but they usually left user content alone. I think that still tends to be how e-mail works. Then there was a big to-do about Tumblr no longer allowing nudity. I wasn't on Tumblr for nude pictures, but I liked the anything-goes approach, and in a way it made me feel less guilty about looking at risque images than if I were going to an actual porn site. Even worse than the content regulation, however, was how messy it made the site in other respects. Their crappy algorithms kept removing stuff that wasn't even remotely smutty, and I could no longer access Tumblrs that were flagged in the usual way. I still can't figure out any way to look at the archives for these pages. And while I've never been banned on Twitter, I know some fairly innocuous accounts that have been. I can't say I'm totally against content regulation, because there are people who post death threats and such, but it seems to be implemented rather arbitrarily, and more often against people who DON'T have a lot of followers or a big platform. Meanwhile, Donald Trump is able to say all kinds of things that break the rules, and nobody does anything about it. And we're constantly hearing about Mark Zuckerberg or Jack Dorsey hanging out with Trump. Look, I know these sites are run by greedy, soulless billionaires, but couldn't they be less blatant about it? Zuckerberg came right out and said Elizabeth Warren would be a threat to Facebook because she wanted more regulation of tech companies. Yeah, I'm sure that would impact users' ability to forward memes and post pictures of their kids and pets.

Speaking of pets, Wally turned seventeen yesterday, and his last bloodwork at the vet was good. He's on thyroid medication, but it's regulated. He does seem to be losing weight, though, and we don't know why. We might take him back to the vet for another test. 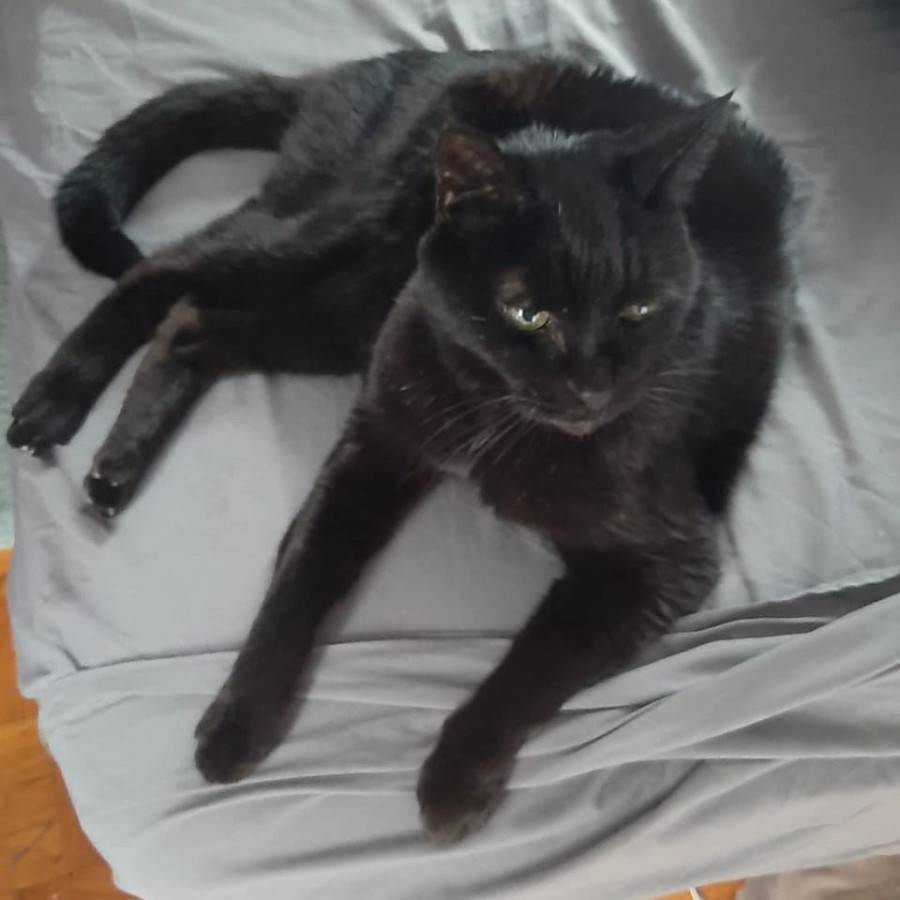